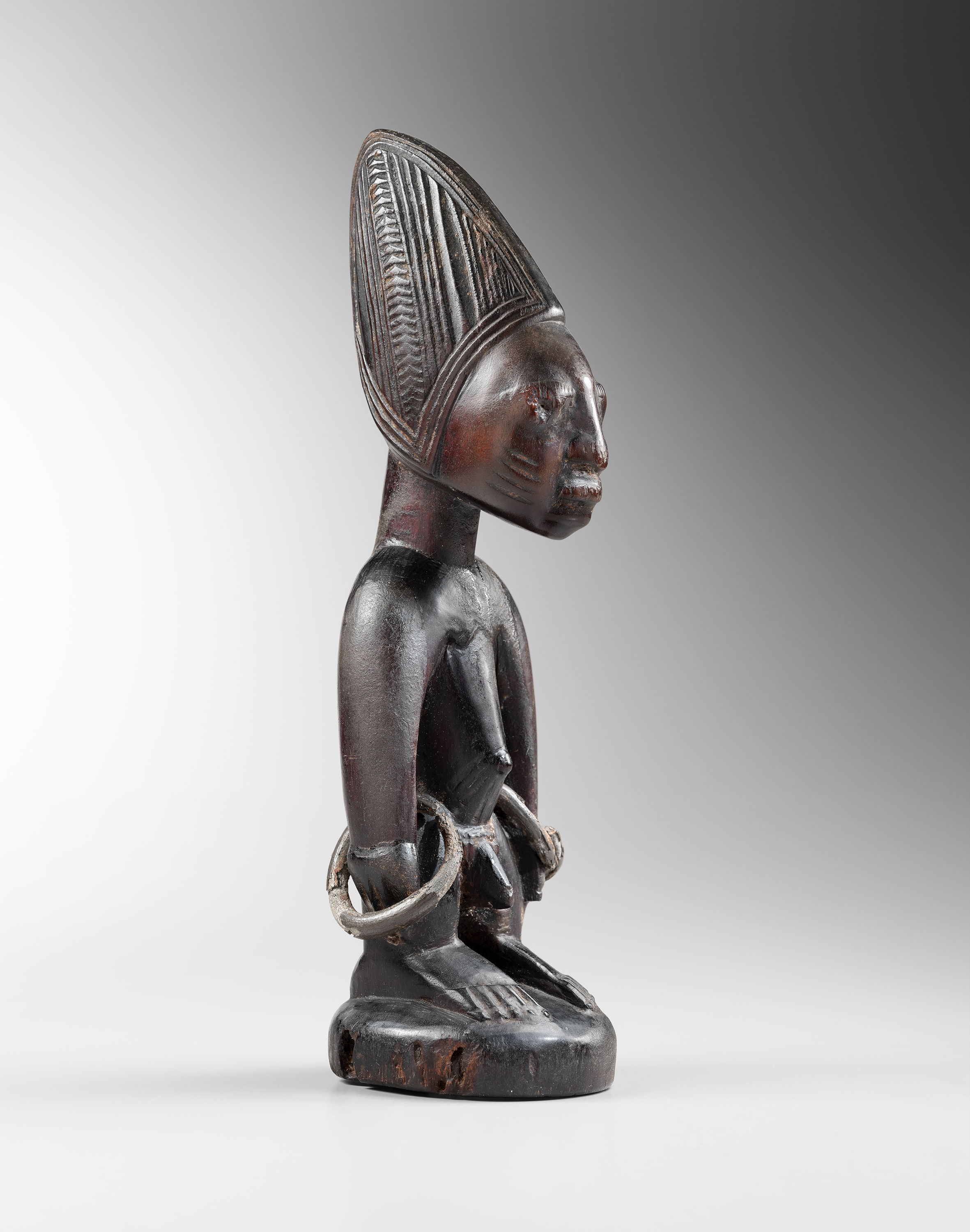 Among the Yoruba, Ibeji, the Orisha entity of twins, is kin to Shango, because long time ago, an alafin of Oyo, where the Shango cult originated, fathered twins on numerous occasions. Twins were formerly rejected and feared in many traditional African societies, and elsewhere too, but they are said to occur far more frequently in this part of the world, and they ultimately benefited here from an inversion of the norm. Deceased twins became the objects of worship, and their protection was solicited with conjuring and sacrifices. The small wooden ere ibeji figures were made to receive these attentions, and are often washed, transported tucked into women’s loincloths, and nourished with “camwood”, an African sandalwood-based unguent. Repeated handling and treatment with this substance gives the figures their characteristic appearance and the kind of wear they display.