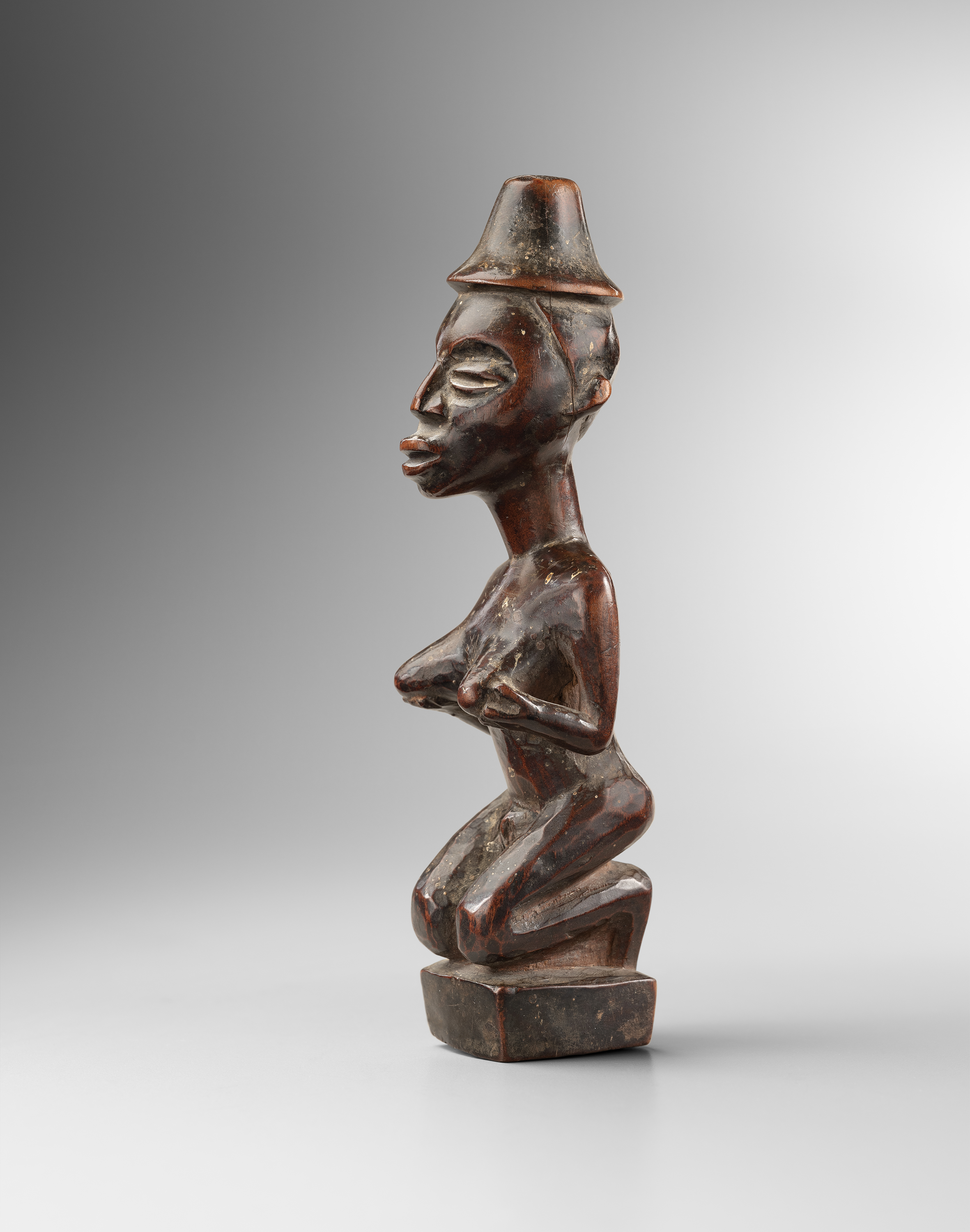 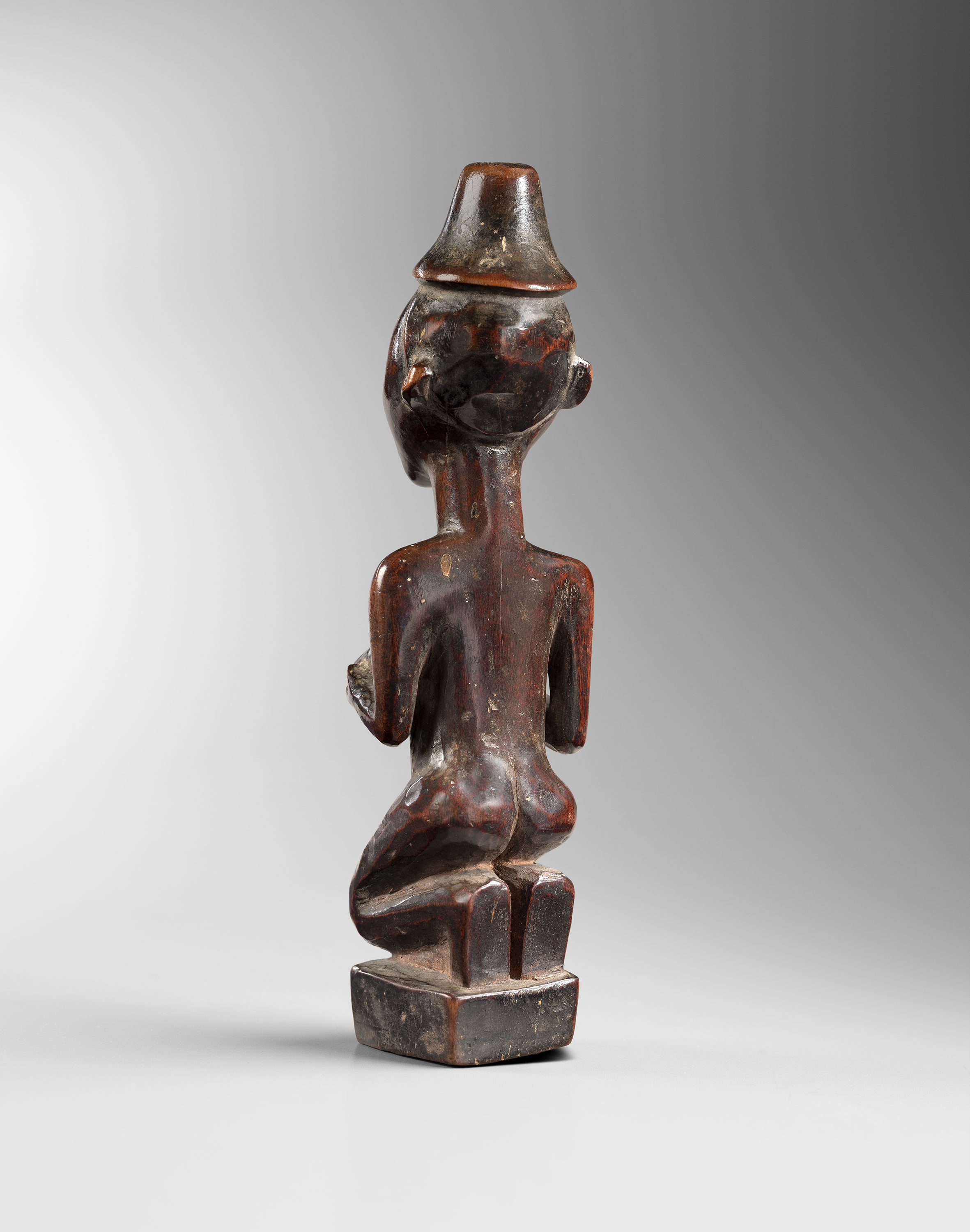 This Vili female figure, very refined, could well be the only one of its type that has survived. No similar work could be found despite the examination of many specialized art books and databases. So it is difficult to provide some information about it. Her headdress, even though typically Vili, is a little more enlarged than usual and it has a flat top rather than a rounded tip.

In addition to its superb patina and its impeccable state of preservation, it has a very good provenance, that of René Rasmussen. He was one of those memorable characters who shaped the market for ancient African arts in Paris in the post-war years and this until the end of the 1970s. He was renown for his great taste and his rigorous selection.