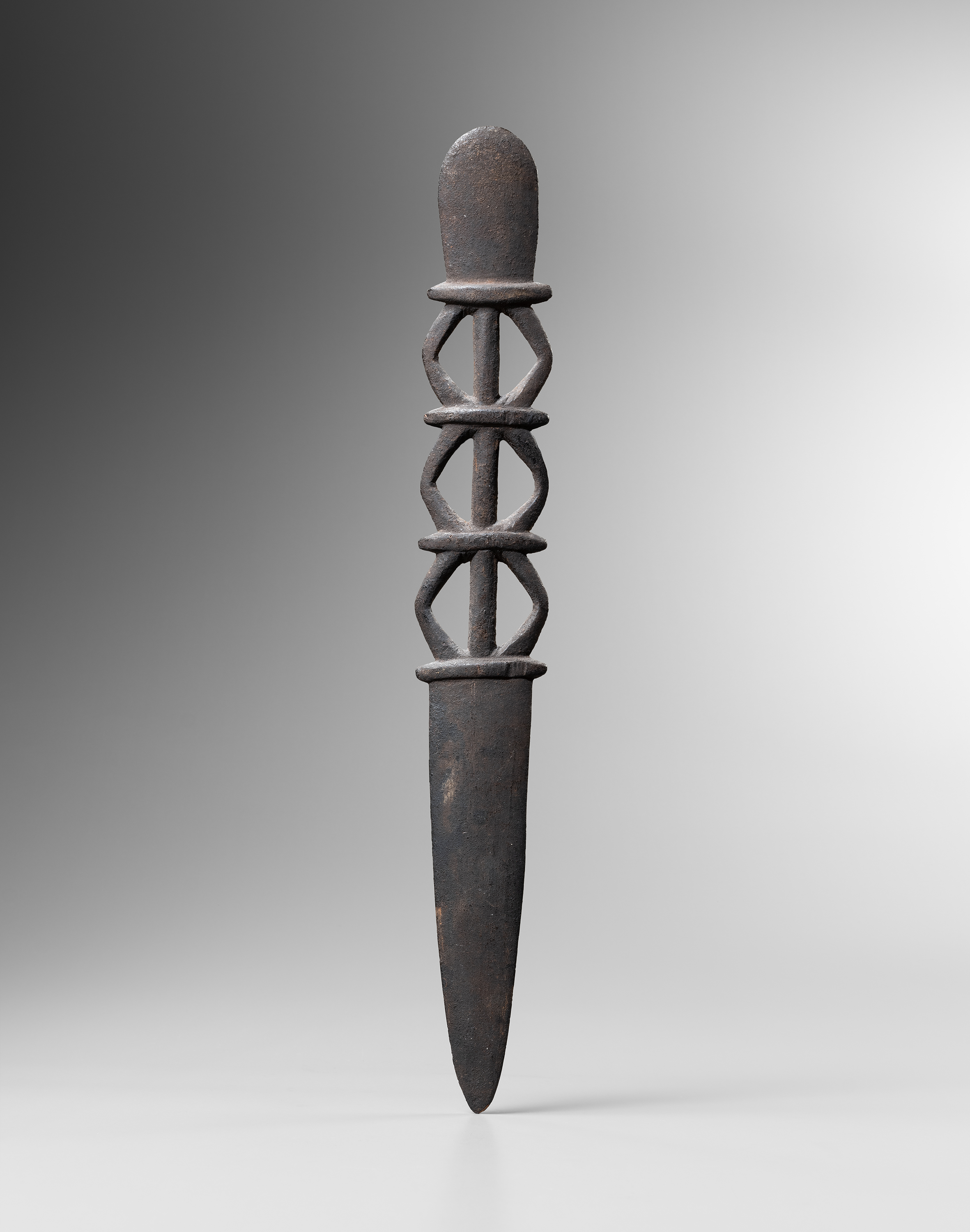 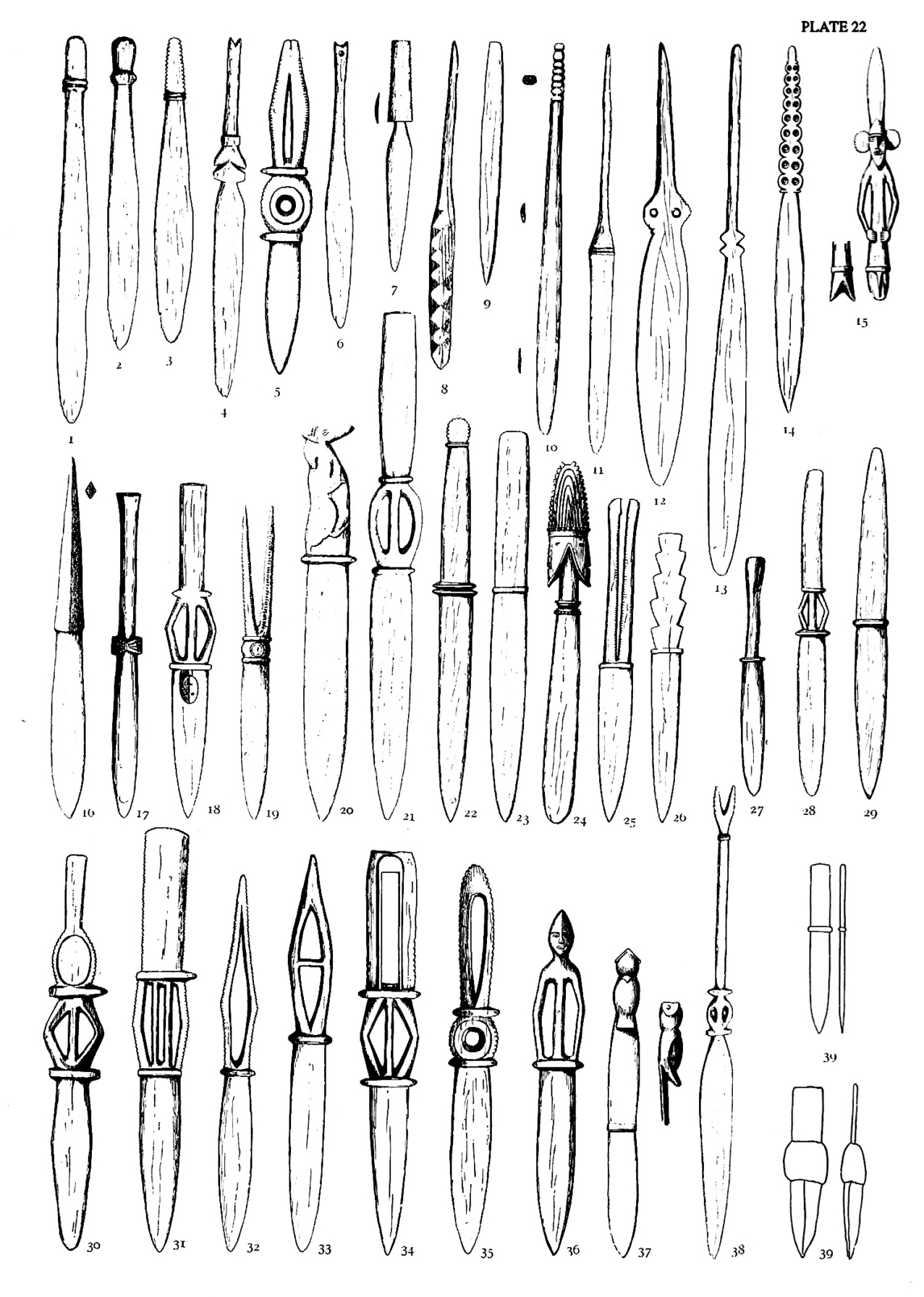 This wooden knife, which refined shape reminds of a stylized human figure, was used to cut nalot, a dish made from cooked and pounded tuber ritually eaten by graded men. Kept above hearths to avoid the attacks of xylophagous insects, they were taking on over time a dark and sooty patina.

The pestles, knives and dishes used in preparation of nalot, most of the time made of wood or bamboo, adopt various and more or less sophisticated forms. Their shape depended on the grade or the social status of the men made able to use these objects, as well as on the patterns developed by each group. Objects were associated across the Vanuatu archipelago to the men's house’s cooking hearth (nakamal).