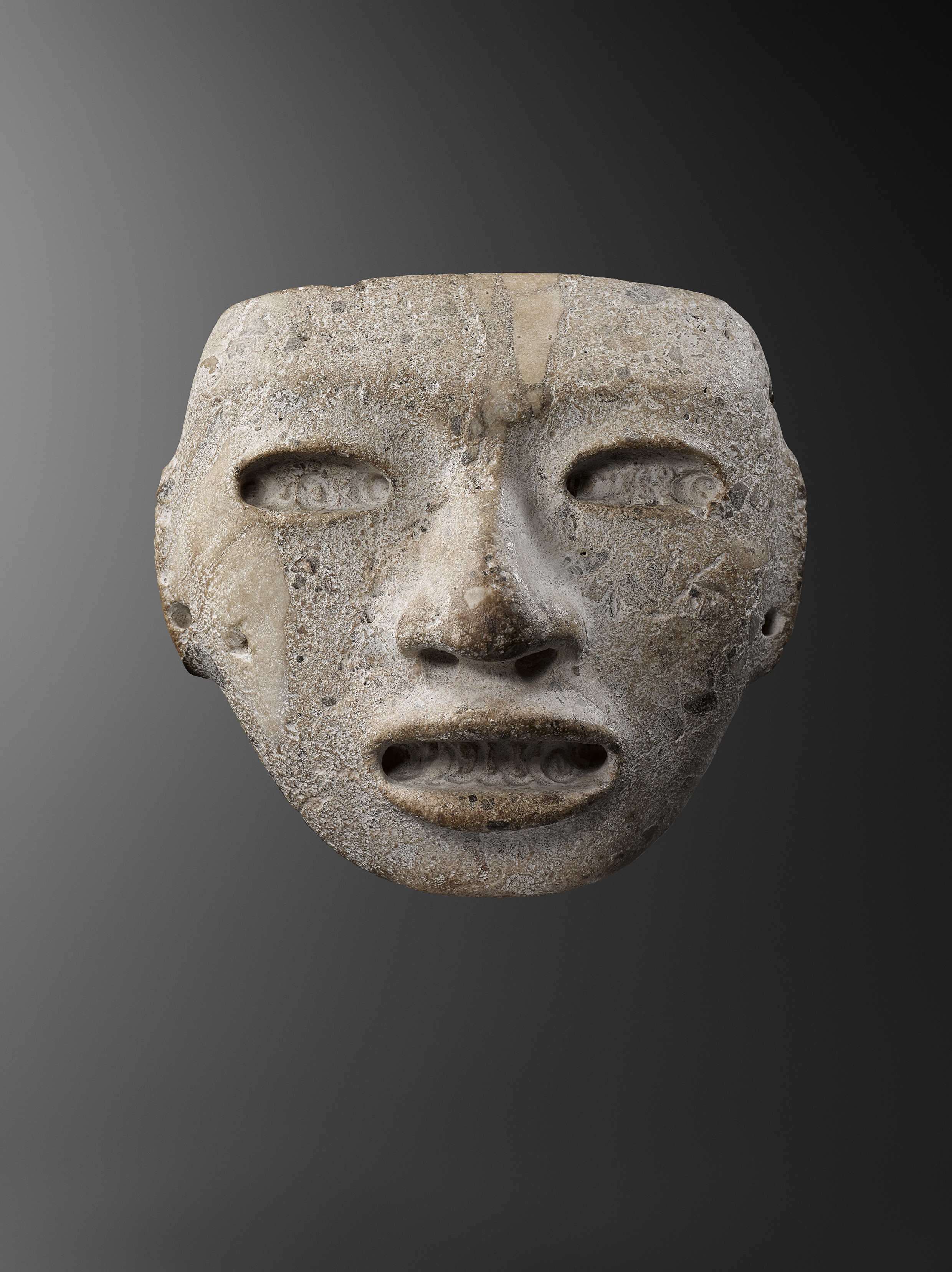 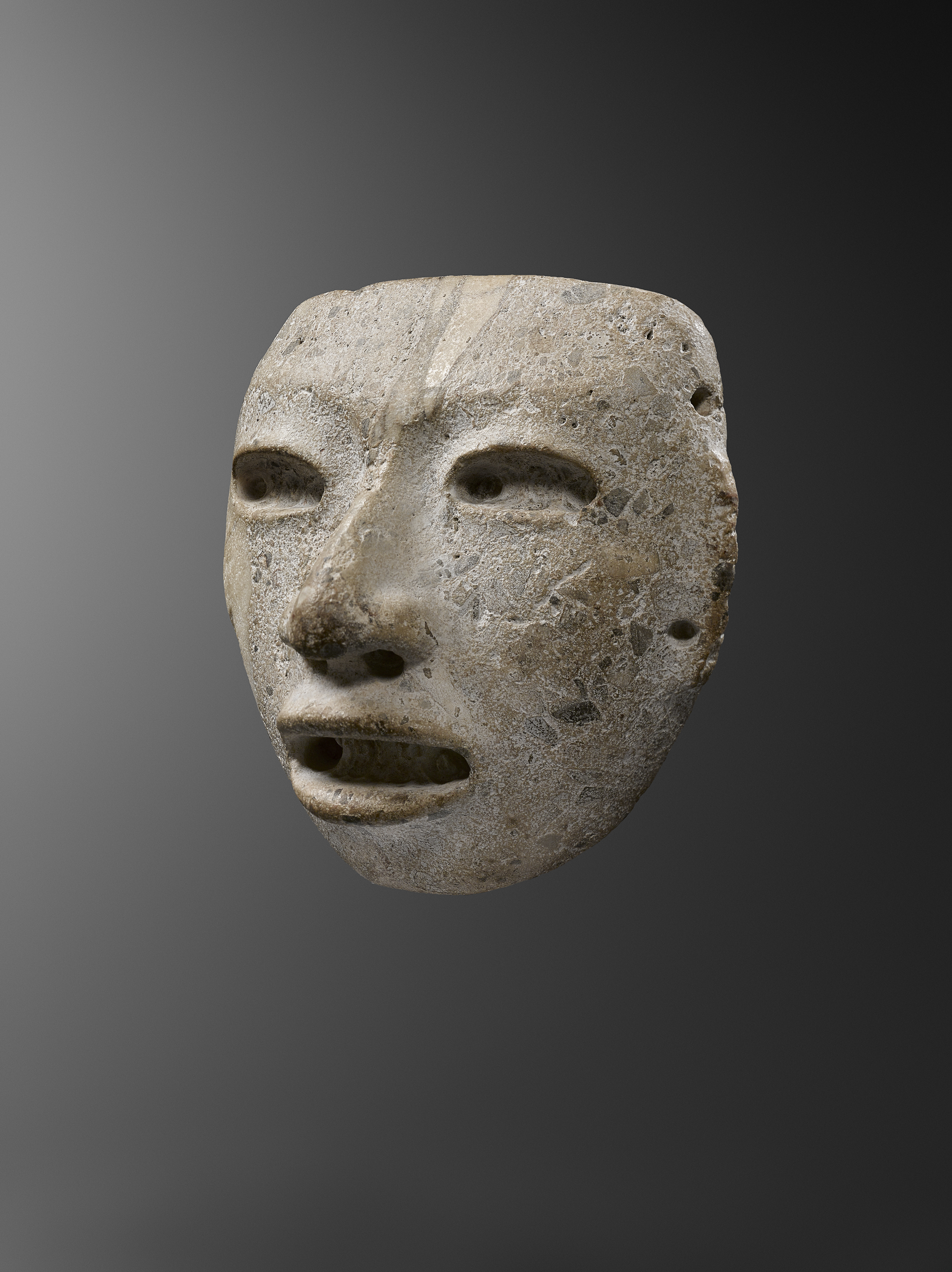 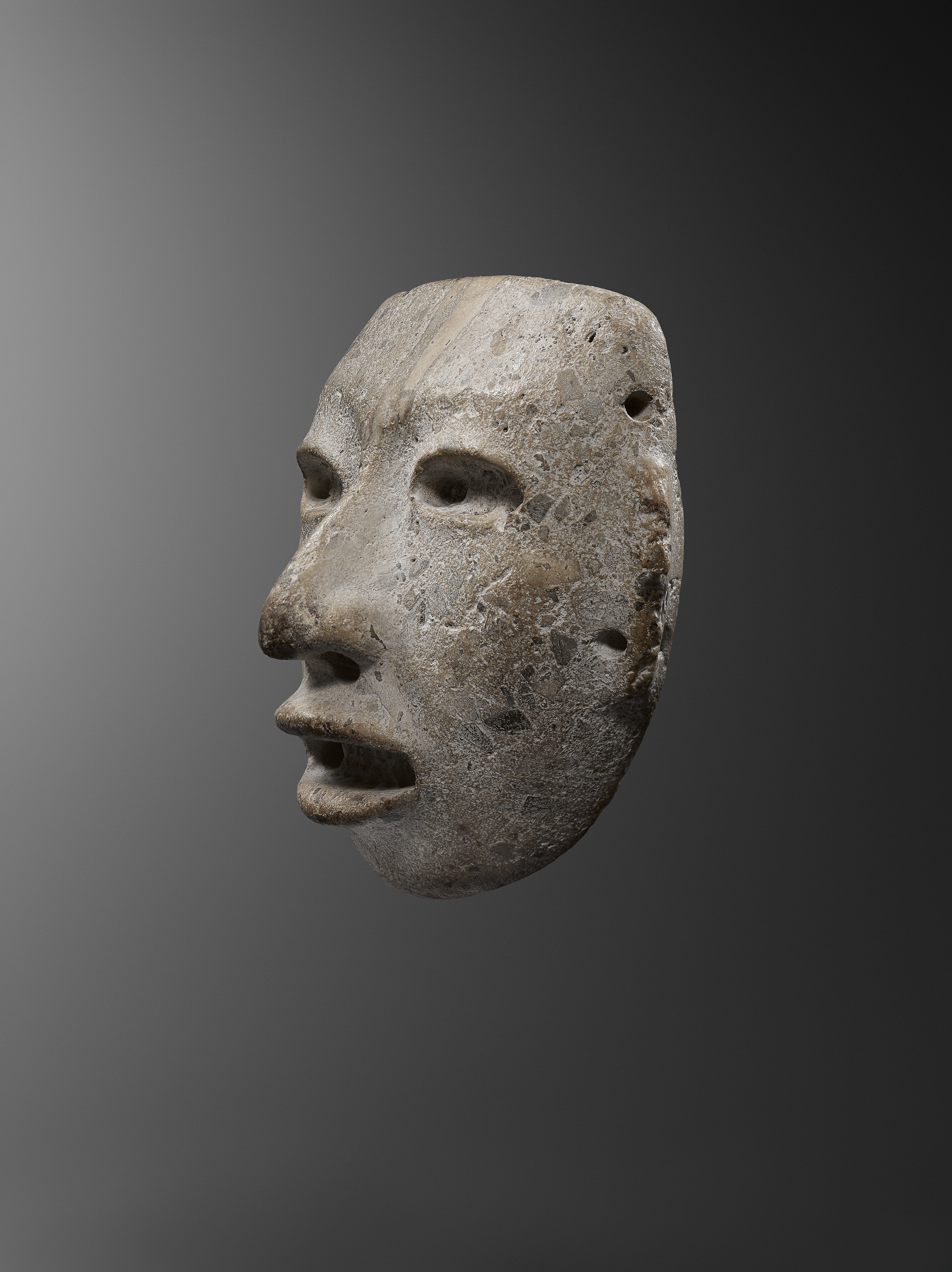 The admirable stone masks of Teotihuacan, "the City of the Gods", were collected in large numbers from the 17th century and are essential artworks today in major public and private collections. Such masks have also been discovered at Templo Mayor, a high place of Aztec culture that flourished a millennium later. Only four of these masks would have been excavated according to recent rigorous scientific methods. Knowledge of their uses therefore remains very vague. Often described as possibly being funerary masks, it is also possible that they were the faces of altar figures made of perishable materials. It is interesting to note that they are stylistically very similar to the faces of the central figures of the terracotta "theater" censers. They have a characteristic timeless expression, always with a slightly opened mouth that seems to let out a deep and eternal breath.

Executed according to a carving technique by abrasion typical of pre-Columbian cultures, they are always made out in rocks highly selected for their intrinsic beauty, most often a beautiful black and compact basalt, but also diorites, onyx, marbles - the mask presented here was made in a remarkable conglomerate limestone.